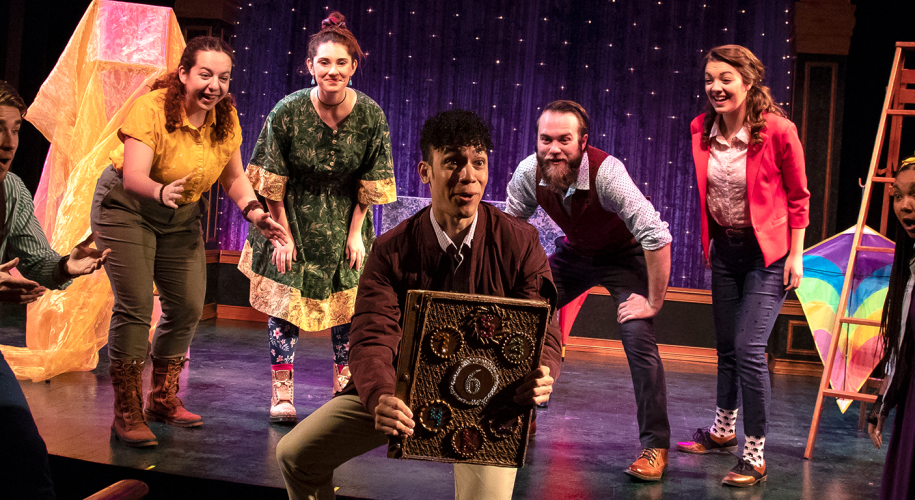 To call Albert Einstein one-of-kind would be an understatement. His scientific discoveries, such as the Theory of Relativity, revolutionized theoretical physics and led Time Magazine to dub him the 1900s “Person of the Century.” It seems like a daunting task for an actor. Thankfully, David Edwards, who stars in FST’s Rolling World Premiere Production of Deborah Brevoort’s My Lord, What A Night, is more than … END_OF_DOCUMENT_TOKEN_TO_BE_REPLACED

What does a nice Jewish boy from Jersey have in common with a hot headed rockabilly pop star from Louisiana? It’s a question Jason Cohen has been asked quite a few times, and, fortunately, the answer is always easy. Like Jerry Lee Lewis, Cohen is a self-taught pianist who took a childhood knack for tickling the ivories and turned it into a successful career in … END_OF_DOCUMENT_TOKEN_TO_BE_REPLACED

Kyle Van Frank has been making audiences smile since he arrived to the Suncoast in 2019. As a cast member of FST Improv, he brings manic energy and effervescent musical numbers to shows such as Out of Bounds, Triple Play, and FST Improv’s summer hit, Life’s A Beach. We sat down with Kyle to learn more about his history with improv comedy, as well as … END_OF_DOCUMENT_TOKEN_TO_BE_REPLACED

It all started with a song. Every time Melissa Giattino and Ron DeStefano, the co-creators of Shades of Bublé: A Three-Man Tribute to Michael Bublé, heard someone perform the song “Feeling Good,” they knew that they had to create a new musical production that put this number front and center. “The Michael Bublé arrangement of the song is pure perfection,” said Giattino. “It’s James Bond … END_OF_DOCUMENT_TOKEN_TO_BE_REPLACED

Kevin Allen has been coming to Sarasota, FL, since he was in utero, going on to spend countless holidays and breaks from school with his family at Siesta Key. Today he calls this spot in paradise home as a regular cast member of FST Improv. We sat down with Kevin to learn more about his Sarasota roots and what makes Life’s A Beach such a … END_OF_DOCUMENT_TOKEN_TO_BE_REPLACED

Certain sounds echo loudly through the halls of history. The Declaration of Independence. The Roar of the Industrial Revolution. The Boom of the Atomic Bomb. Such moments are so deafening, it can sometimes be difficult to hear the humanity that gives them such resonance. My Lord, What A Night, the latest work from award-winning playwright Deborah Brevoort, looks at one such moment with abundant humanity. … END_OF_DOCUMENT_TOKEN_TO_BE_REPLACED 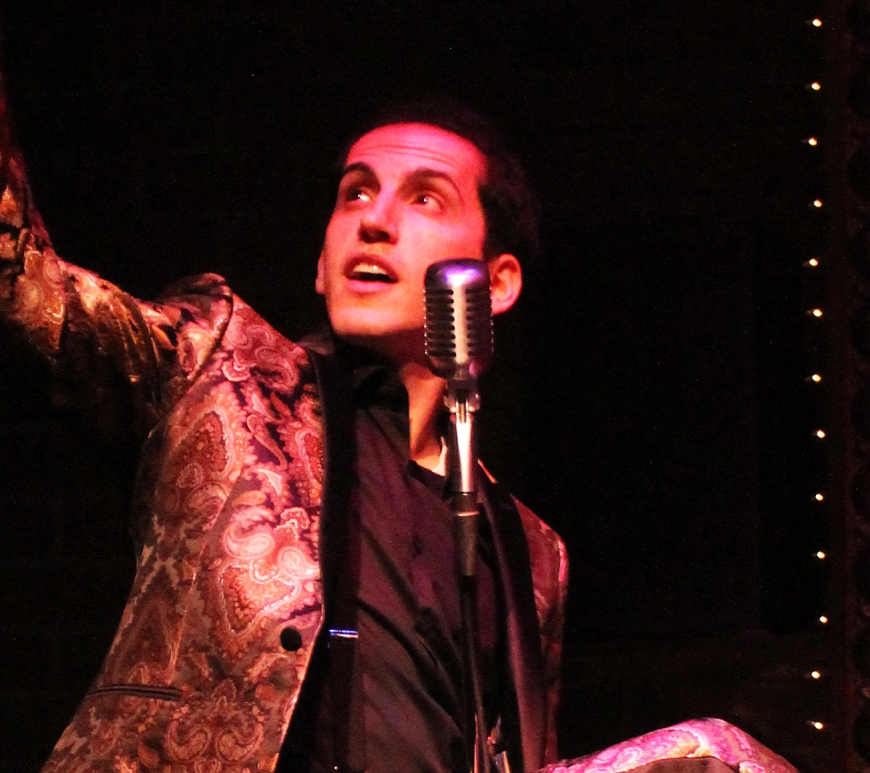 “I remember once being asked, ‘How does a nice Jewish boy from the Jersey suburbs end up playing a hot-headed, gospel-singing bad boy from the wetlands of Louisiana?’” shared Jason Cohen, Great Balls of Fire front man and show co-creator. “The answer is in the music—in being taken over by the physical, cathartic experience of playing Rock & Roll as loud and as fast as … END_OF_DOCUMENT_TOKEN_TO_BE_REPLACED

Sophie Tucker may have been “The Last of the Red Hot Mamas,” but her legacy lives on, thanks to the incomparable Kathy Halenda. An accomplished actress and self-described “broad,” Halenda had been heating up theatres for over a decade before she found a kindred spirit in Sophie Tucker. With the support of Florida Studio Theatre and writing partner Jack Fournier, Halenda debuted a tribute to … END_OF_DOCUMENT_TOKEN_TO_BE_REPLACED

Sarah Durham may be relative newcomer to the Gulf Coast, but she has quickly proven herself a comedic force to be reckoned with. Since her arrival in 2018, Durham has become a featured performer with FST Improv, even becoming one of the champions of the troupe’s annual Out of Bounds comedy tournament. We sat down with Durham to hear more about what excites her the … END_OF_DOCUMENT_TOKEN_TO_BE_REPLACED