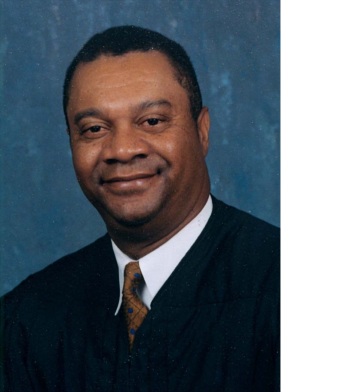 2016 was one of the most violent years in Chicago’s  history with a final tally of 762 homicides. Most of these victims being young black males.

Why has our society become increasingly numb to these numbers?

Where does the fault lie? Is it with an increasingly pro-gun culture that allows almost anyone to possess firearms?

Is it because the ones who commit the murder do not value life – including their own?

What can we do to stop this senseless violence not just in Chicago but all over our country? 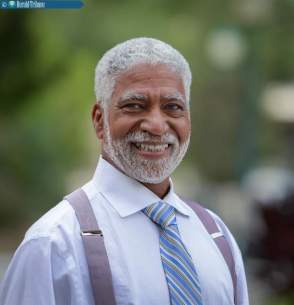 Why has our society become increasingly numb to these numbers?

First of all let’s be clear, we are not numb to these violent acts. Humans have the capacity to feel, to care, and to love, but we have a sense of helplessness and powerlessness that drains and isolate us. We watch violence daily on our mass communication systems. On a daily basis we watch children, women, people in authority, young and old killed senselessly. Of course this affects us. While we are shocked, scared and anxious, we have more immediate concerns. Our lives have become far too busy, too removed from each other. Our leaders have become too inaccessible and seem to lack integrity. Thus we are left to our own devices with little trustworthy guidance.

We live in the age of information,  but we have never been more disconnected from each other than we are today.  We have online relationship, not face to face contacts; our friends have become text messages received, not the warmth of touching and experiencing.  Our electronics have been both a blessing and a barrier from touching that makes it seem as if we do not care. We are lost in a sea of meaningless online chatter that is mined and then distorted to give false impressions about our worries, fears, and needs.  However, we do care, in fact we care so much that we have lost our collective voice.

Where does the fault lie?

First recall that historically we have never been more peaceful than we are today.  There has never been a time when we have more legal rights or benefits than we have today.  This does not mean our work is complete, as the current violence suggest. We have a long way to go.  However do not forget the past horrors and brutality of slavery, Reconstruction, Segregation, and Civil Rights Movement.

On a psychological note, Slavery and two hundred years of brutality have left African Americans with a distorted view of themselves.  African Americans have absorbed the dominant cultural view of black as something hateful.  The dominant culture view of blacks is full of the image (movies, mass media, narratives, cultural beliefs) that blacks have low intelligence, low morals, are lazy, animal like, are cowards in the face of danger and are less than human.

It may be as Franz Fanon, Psychiatrist stated, violence in the black community is symptomatic of something larger; an attempt by some blacks to perpetuate self-hatred; KILL what I hate in myself, my brother my sister, anything black that looks like me.  This not too hidden psychological belief is then supported by poor role expectations for black males, and economic realities grounded in poor educational opportunities leading to crime, incarceration,  poverty that further erode family values.  Thus violence is a symptom of a much broader issue of survival.

Is it with an increasingly pro-gun culture that allows almost anyone to possess firearms?

Gun possession is certainly part of the problem, but not the essential issue.  The problem is us, we Americans.  We have developed a culture that admires violence and sees it as entertainment.  We have hostile feelings for each other, not just racial hatred, but just about every issue.   We are intolerant; we are impatient; we expect to be first in everything; we expect the best, even when we do not deserve it.  Guns are then symptomatic of how we enforce our belief system.   A culture that loves violence also loves gun ownership.

Is it because the ones who commit the murder do not value life – including their own?

Clearly this is a yes; Black Violence is frequently rooted in historical self-hatred fueled by the desperation of economic necessity.

What can we do to stop this senseless violence not just in Chicago but all over our country?

The solution to black violence is achievable if only we make it a priority.  First we must make good quality education available to everyone.  Second, we must insure that every neighborhood has safe clean and easily accessible parks that foster a sense a community. We must insure that there are sufficient good jobs for all that want to work that gives them sufficient income to pay for the basics of life, food, shelter, reliable transportation, and access to health care. We must promote respectful treatment of all. Finally encourage public dialogue about common problems in safe humanizing environments. We must truly promote love, or all is lost.

Gilbert King, author of the Pulitzer prize-winning book, Devil in the Grove – Read his bio by clicking here.

Obviously, the number of killings in Chicago is alarming, especially since the homicide rate in the United States has tapered off to historic lows over the past thirty years. Greater minds than mine are studying these trends, and I think it’s important to look to the data for solutions.  But I can’t help but think that, like so many issues involving African-Americans in this country, we are where we are as a nation because we’ve never made a serious attempt to reconcile our shared past. The great Bryan Stevenson, founder of the Equal Justice Initiative said, “We cannot heal the deep wounds inflicted during the era of racial terrorism until we tell the truth about it.”  Slavery did not end in America with the signing of the Emancipation Proclamation, it merely evolved. The Reconstruction Era marked the beginning of systemic mass incarceration in this country that has disproportionately impacted black lives, families, and communities. When you study the racial history of America, it’s impossible to not make these connections. If we want to address the unacceptable levels of violence involving black males in our cities, I think we do a great disservice to the nation by focusing on gun laws and sentencing guidelines. We need to acknowledge some real truths.

Trevor D. Harvey, Student Development Adviser at the State College of Florida and President of the Sarasota County Branch NAACP – Read his bio by clicking here.

I am not sure our society has become numb, I think we are trying to figure out why the homicides continue to increase. One major factor is the low social economic conditions in the South Side of Chicago, and many other communities across this country.

The fault lies with us all. The powers at be, can do more, by providing jobs, and resources that increase the standard of living in communities like Chicago. The people/citizens can do more, by standing up and not tolerating violent behavior, such as becoming mentors.

Until we come together as a nation for healing and reconciliation, we will continue to see some of these problems. United we stand, divided we fall…..it’s time for us to unite…….