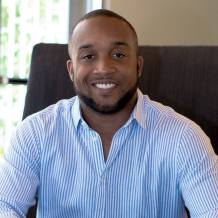 Edward James, III is a lifelong public servant and 5th generation Floridian. He is a product of the Sarasota County Public School system as he graduated from Pine View School in 2008. He is also a 2011 graduate of the University of Chicago where he was inducted into the school’s honorary society and received the prestigious Mellon Mays fellowship. Upon graduation from college, Edward worked  in Florida as a staffer on President Obama’s 2012 reelection campaign. For this work Edward was recognized by Biz 941 Magazine as a person to watch in 2012. After coming out victorious in the election, Edward took his talents to Silicon Valley to work with Google’s Legal department. He also worked as a Regional Field Director on the successful Gwen Graham for U.S. Congress campaign. He is now enrolled as a graduate student in Florida State University’s Applied American Politics and Policy program where he will be completing coursework in the Fall. He is currently running for Florida House of Representatives District 72.