A love story about belief.

Through the relationship between Adam, a life-long atheist, and Luke, a devout Christian, Next Fall by Geoffrey Nauffts explores the difficulties that arise when two people on opposite sides of the faith spectrum meet and fall in love.

In today’s society, there are clear and distinct lines that dictate how to love. These lines are created by societal norms, religious tenets, and cultural traditions. What happens when strong feelings of love question these lines and threaten to push the boundaries of belief and action?

When a tragic accident occurs in Luke and Adam’s life, family and friends are brought together, all hoping for the same thing, but pulling that hope from different places – memories of the good times, the comfort of a pill bottle, or the words in the Bible. In the confines of a hospital waiting room, different faiths and perspectives collide that ask us to question how we judge love and create connection.

We have asked 4 national and community leaders to present their thoughts on the play, specifically about the intersection of love and religion and the social constraints that define who we are and how we love.

We invite you to read, discuss, and contribute your thoughts.

Our lead contributors will stay the same, and new comments will be added daily.

Geoffrey Nauffts is an award-winning playwright, actor, and director. He recently concluded a four-year term as artistic director of Naked Angels

There’s great divide that exists in our country – in our world today – along religious lines. I wanted to explore that with this play by taking two individuals from polar opposite ends of the faith spectrum, a believer and a non-believer, having them fall in love with each other, and watching them navigate their differences.

The problem with religion, for me, are the rules. These established, archaic set guidelines that have been passed down for centuries, that don’t allow for much wiggle room when it comes to making your own choices in life. There’s very little crossing the line that’s permitted which makes it close to impossible for people from different faith backgrounds to really connect and understand each other.

As a gay man who didn’t really grow up with religion, I was very aware of the judgment most faiths had towards homosexuality, and was very anti-religion because of that. Why would I want to belong to a club that didn’t accept me as a member?  In recent years, I’ve come to know a group of people who have faith, who come from a Christian background, and found them to be, surprisingly, just very “normal.”  It’s been particularly interesting for me to get to know the gays in the group, to watch as them struggle to live their lives authentically under constraints their religion imposes on them.

We all know people who grew up with religion, and at a certain point in their lives, made the choice to stop believing. I think that’s easier said then done for some people. In the case of Luke, for instance, the gay Christian at the center of my play, he came from a broken home, and religion was his salvation at a very young age. It brought stability to his life, a sense of peace, that he’s never experienced before. To give that up, something that’s meant everything to him, is a sacrifice he’s not willing to make, even if it means potentially losing the only other person he’s loved so deeply.

Pastor John Syster has been the senior minister of First Congregational United Church of Christ of Sarasota for the past 29 years.

Never do today what you can put off until tomorrow.  That was a humorous re-configuration of the old adage that we used back in college days when we would rather do almost anything than write the paper that loomed in the not so distant future.  But it seems sometimes to be a truism of our society.  How are we ever going to deal with new understandings of human sexuality?  What is the point of “don’t ask, don’t tell?”  Let’s not deal with the issue.  Lets tell the next generation of gays and lesbians that they aren’t really normal, they aren’t like us.  We were able to do that for centuries with African Americans, and a lot of people really believed during that time that the color of one’s skin made one less capable, less intelligent.  We know that is nonsense now, but it was also nonsense then.  Society did the same to women and some would say, parts of society still does.

Next Fall takes a look at how putting off until next fall, what should be said and dealt with today affects two men trying to configure a relationship in the midst of their divergent backgrounds and understandings.  What will my parents think, what will my church think, what will …  The immanence of death brings a new factor into the equation and suddenly love wants to be acknowledged in front of everyone.  It was a telling moment when Mom opened wide her arms and embraced her sons lover, welcoming him into her family.  The end of the play brings a lot of hope.  Perhaps it is a moment our whole society can embrace.  Wouldn’t it be wonderful if the church could become an agent of change instead of a protector of the status quo?

Rabbi Simon is Chairman of the Robert and Esther Heller Israel Advocacy Initiative Committee of the Sarasota/Manatee Jewish Federation. 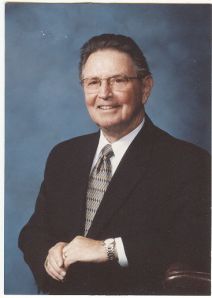 “Don’t ask don’t tell” a terrible concept, an insult to the gay and lesbian community.  The worst part of this is those who coined such an idea thought it was the answer to the “problem.”  What kind of answer is this?  Hide your reality?  Never admit to who you are, or if you do keep it ever so private?  Make yourself behave like “normal” people?  It is wrong, totally, completely wrong.  The teachings of Judaism emphasize the sacredness of the individual.  We are ALL created in the image of God.  Thus there is a part of the divine within each and every one of us.  The goal is for individuals to be who they are.  Live your life as you choose.  To do this we must all be true to ourselves.  My eyes are brown; does that make me “different” from those blue eyed people?  My friend is six feet three inches tall; does that make him better than my wife who is five feet three?  We are who we are, and we all have the right to live and to love as we choose.  I have chosen my wife because she means  everything to me.  John has chosen Larry because he means everything to him.  Yet, for many, my selection is acceptable, but John’s is not.  “You draw the line at love?”  I would hope not.  In fact why draw the line at all?   What we need is respect for the individual and for his/her decisions in life.  Today respect has become an almost forgotten concept.  It is replaced with the maxim agree with me, for I am right.  Such cannot win the day.  Respect for each and every individual is a must.  Paying deference to what one believes, even when it is contrary to another’s belief, equals respect, equals understanding, equals community building.  If you have it, you have everything.  If you lack it, you harm yourself and life itself.  “Don’t ask don’t tell” must give way to accept and share; then you can live in harmony.  Then you can live with hope.

Paul White, LCSW is a psychotherapist in private practice. He sees children as well as adults. Also, he has taught at Webster University in their Masters Degree program for Counseling.

Over and over again in my practice, when I work with same gender couples there is the refrain of wishing they had been able to be more open about their sexual orientation. The secrecy impacts self-esteem, spontaneity, honesty, and closeness, not only with the partner, but with all associations that might and still cast criticism or rejection of their very nature.  The real sin is how society still insists upon convention and conformity to heterosexual unions.  Two people of the same gender that want to present themselves openly still face the jaunted looks of many who do not accept or support this way of life and the sin is that it effects quality of life of the objects of condemnation and prejudice. And when convention rules, the same gender couples suffer. This is yet another example of the impact of carrying a secret. Yes, we do have some states that legally recognize the legal unions of same gender marriages. There is still ample evidence of how “Don’t ask, don’t tell” policies have left people feeling not good enough in the eyes of the law and the codes of morality. This play challenges us to view our own prejudices and learn to value the intimate connections people make without our judgment and rejection. True equality in our culture demands that we not allow prejudice to prevail at any level of participation in society.  There are so many challenges around accepting differences.  What a paradox that Luke prays after having sex.  The very nature of his belief system undermines his intimate connection.

ADD YOUR VOICE TO THE DISCUSSION

Post comments below or submit a formal post to Amanda Cayo at acayo@floridastudiotheatre.org. All comments are subject to the editorial discretion of Florida Studio Theatre. Material will only be included that contributes to the discussion.

8 thoughts on “Next Fall”