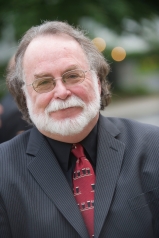 Mark St. Germain has written the plays FREUD’S LAST SESSION (Off Broadway Alliance Award), CAMPING WITH HENRY AND TOM, (Outer Critics Circle Award and Lucille Lortel Award), THE GOD COMMITTEE, EARS ON A BEATLE and FORGIVING TYPHOID MARY. His play DR. RUTH, ALL THE WAY, premiered this past summer at the Barrington Stage Company and will be playing in NYC this spring. THE FABULOUS LIPITONES, a comedy written with John Markus, will premiere in Atlanta at the Theatrical Outfit in in April and his newest play, SCOTT AND HEM IN THE GARDEN OF ALLAH, will premiere at the Contemporary American Theater Festival in July followed by an August production at the Barrington Stage Company. With composer Randy Courts, Mark wrote the musicals JOHNNY PYE, which premiered at George Street, and THE GIFTS OF THE MAGI. His musical STAND BY YOUR MAN premiered at the Ryman Theater in Nashville and has toured nationally. Television work includes writer and Creative Consultant for THE COSBY SHOW. He has written the screenplay for Carroll Ballard’s film DUMA and directed and produced the documentary My Dog, An Unconditional Love Story, featuring Richard Gere, Lynn Redgrave and Glenn Close among many others. He is an alumnus of New Dramatists, a member of the Dramatists Guild and the Writer’s Guild East. He was awarded the “New Voices in American Theatre” award at the William Inge Theatre Festival. Mark is a Board Member and Associate Artist at Barrington Stage Company.