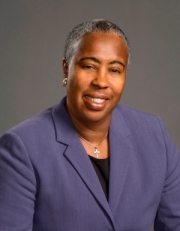 Carolyn Mason
Carolyn Mason was elected to the Sarasota County Commission in 2008. She previously served on the Sarasota City Commission from 1999 to 2003 and as Mayor from 2001 to 2003.
She was born in Sarasota and has three children, 14 grandchildren and two great-grandchildren. She is a graduate of the Sarasota Community School from Leadership Sarasota and from the Gulf Coast Leadership Institute (7/25/08) from the Gulf Coast Community Foundation.
Mason has been employed by Habitat for Humanity Sarasota and by the Salvation Army, where she was director of family support and intake manager respectively.
She was a member and chair of the Newtown Front Porch Neighborhood Revitalization Council. She has served as chairman of the Sarasota County Neighborhood Grants Advisory Committee and as a member of the Florida Historic Preservation Advisory Committee.
Mason also has served as vice chairman of the Urban Administration and Transportation Committee of the Florida League of Cities, and as a member of the Southwest Florida Health Planning Council, the City of Sarasota’s Civil Service Board, the Community Action Agency Board, the Children and Youth Services Advisory Council.
With a special interest in social issues, she serves as the County Commission’s representative on the Suncoast Partnership to End Homelessness, the Community Action Agency, the Enterprise Zone Development Agency, the Juvenile Justice Coordinating Council, and the Suncoast Workforce Board of Directors.
Mason represents the County Commission on the Manasota League of Cities, as a member of the Value Adjustment Board, the Southwest Florida Regional Planning Council, and the Canvassing Board of the Supervisor of Elections.  Additionally, she is a member of the Republican Women’s Club and the North Sarasota Business and Professional Women’s Club.
Her awards include the Human Development Award for Community Service by the Westcoast Center for Human Services, the Woman of Color Award, the NAACP Freedom Award, the “She Knows Where She’s Going Award” from Girls Inc., and the Freedom Fighter Award, Southern Christian Leadership Conference Manatee/Sarasota Chapter.