By Alex Drinnen and Becca Jennings

It was the sweet harmonies of boy bands with matching suits, matching haircuts, and animal-inspired names. It was Joplin’s vocals, which sounded like someone flooring the accelerator and never looking back. It was Hendrix’s hypnotizing no-one’s-ever-made-a-sound-come-out-of-a-guitar-like-that-before solos. It was the kind of sound that could have only been born from one of America’s most turbulent, electrifying, and revolutionary decades.

FST’s newest original Cabaret, Light My Fire, ignites the hits that defined a generation — a generation that would redefine the world.

“The 60’s exploded with color, freedom, and revolution,” said cast member Alayna Gallo. “The music was a gateway for change. People started realizing that they had a voice and the right to be heard.”

Featuring such hits as “She Loves You,” “Somebody to Love,” and “Piece of my Heart,” Light My Fire does more than entertain with some of the best music ever created. It also tells a story — an important story of our shared history.

“These are the songs and stories that made us who we are,” said Director Catherine Randazzo. “It’s important to see not only the evolution of music throughout the ’60s and ’70s, but also note the influence the world had on the music as well as the influence this music had on the world. It goes hand-in-hand.”

For cast member Seth Eliser, the music featured in Light My Fire strikes a personal chord. “The music of this time period is what I grew up listening to,” he said. “I was constantly listening to the ‘Three B’s:’ Byrds, Beach Boys (on cassette), and Beatles.”

In the 1960s, for perhaps the first time ever, popular music was a blend of thoughts and ideas from around the world. “What I love most about this era of music is that they drew inspiration from each other, giving credit where credit was due,” said Eliser. “These artists now had a platform to address the change they believed in — change that would inevitably unfold.”

The late 1960s and early 1970s saw the war in Vietnam, the rise of the hippie movement and free love, the Watergate scandal, and the true beginnings of student protests. The Baby Boomers wanted to be seen, felt, and heard, no matter which side of the aisle they found themselves on.

Songs like “Paint it Black” by The Rolling Stones reflected on the seemingly never-ending conflict that was the Vietnam War. On the flip side, Neil Diamond’s “Sweet Caroline” and “I Got You Babe” by Sonny & Cher celebrate romance, and the spark of finding that special someone. “All You Need is Love” by The Beatles and “Cecilia” by folk duo Simon and Garfunkel inspired an entire generation to embrace new ways of bridging divides and living in harmony. 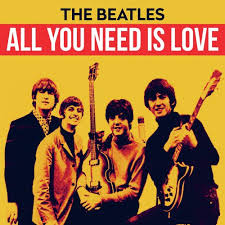 “This music may have shocked a nation in the ’60s, but it galvanizes just as much meaning today, as it did then,” said Randazzo.

We look forward to having you, our friends, join us for this electrifying, musical trip down memory lane.

“Audiences can expect an entertaining evening with the songs that provoked listeners of all ages,” said Randazzo. “This era is an emotional anchor for our audience. I know they will walk away feeling jolted by memories.”